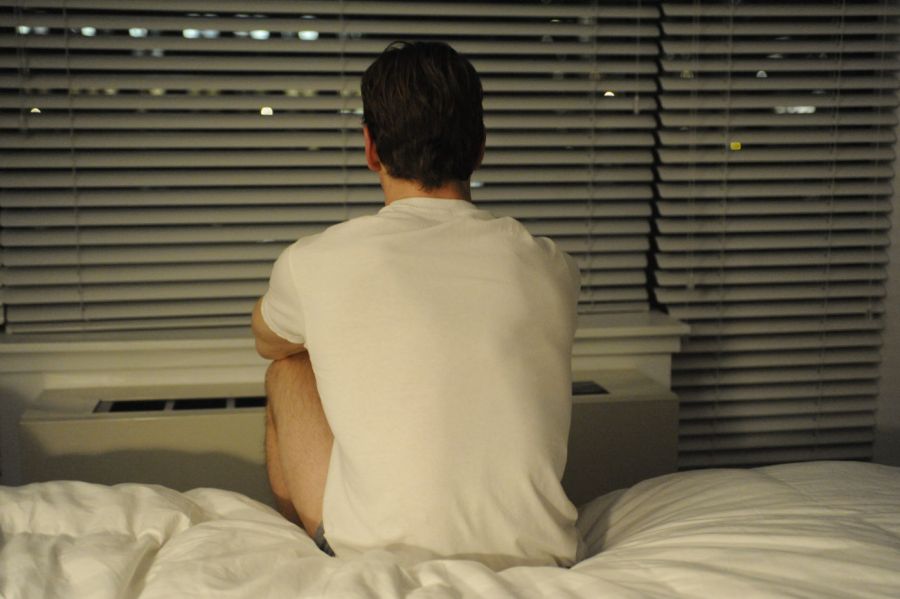 Shame is a film that absolutely deserves all its anticipation, praise, and buzz, but not for the reasons some people are talking about. Yes, the MPAA decided to stamp the dreaded NC-17 rating on it and the film’s leading man—the breakout star of 2011, especially because of what he’s done in this film—does appear stark naked in it, as do a lot of other people. However, the focuses should be placed on the tragic beauty and the emotion that director/screenwriter Steve McQueen captures and how the on-screen talents tell the compelling story with raw and extraordinary abilities. For a film that boldly tackles on the topic of sex addiction, excessive sex scenes and nudity is not used as a titillating gimmick, but to openly show how destructive desire can be to one person’s life and their relationships to others.

As a visual artist, it’s no surprise that McQueen’s film is aesthetically pleasing, and also haunting against the lights and upscale modernity of professional life in New York City. Whether it’s to show Brandon eying a woman who’s seductively returning his gazes on the subway, running through the city to escape his sister, or flipping through his porn magazine collection just to show how much he has, the storytelling is breathtakingly well-constructed and though slow at one point or two, depicts emptiness in fulfillment, struggles to go after impulses, and beyond. There are some amazingly beautiful shots in this film. However, real beauty is in how Fassbender makes the audience feel Brandon’s torment. As he shows with a pretty co-worker (Played by Nicole Beharie), Brandon is capable of getting to know a woman on a substantial level, but he falls short of it. With smiles and Irish charm, Fassbender is outstanding at allowing this side of Brandon shine through, but also in all of his anger, frustration, confusion, creepy temptation, and his inevitable rock bottom, in both subtle and vivid moments. He makes us feel it all through him.

Though Fassbender is the one racking up accolades, and deservedly so, Mulligan deserves just as much recognition and praise—both for her solo moments and for her scenes with Fassbender. When Brandon hears Sissy through her bedroom door (In one of her first scenes), sobbing and desperately saying “I love you” over and over again into her phone, you immediately get a sense of how messed up Sissy is, and Mulligan is excellent at conveying this throughout. The relationship between the brother and sister pair is intriguing. There is a dark, dark cloud of a shared disturbing past hovering over them and although it isn’t addressed explicitly, the feeling of it is overwhelming, and most likely a driving force of how they turned out as adults. From Sissy’s sad rendition of “New York, New York” to the intense (Most likely the most difficult scenes to watch) final few scenes, their scenes together say so much even at times when it feels like so little—it is in this dynamic where Brandon’s addiction is at its worst and is truly at its most emotionally damaging.

There isn’t anything sexy about the sex and its toll in Shame, but as a film, it’s elegant and ambitious. It’s a tough story to tell and sell, yet the second collaboration of McQueen and Fassbender and the addition of Mulligan make this agonizing tale an admirable one. This brave achievement in motion picture making has nothing to hide.